Why to test for mould?
Advancements in understanding the susceptible individuals.
When to Inspect for Mould?
Mould Testing versus Mould Inspection?
How much does a mould inspection cost?

Why to test for mould?

If you are researching mould you may come across a lot of different information regarding its risks and potential health impacts. Apart from the fact mould and dampness come hand-in-hand and that dampness in building materials prematurely ages your home, the following are excerpts from selected reputable sources: 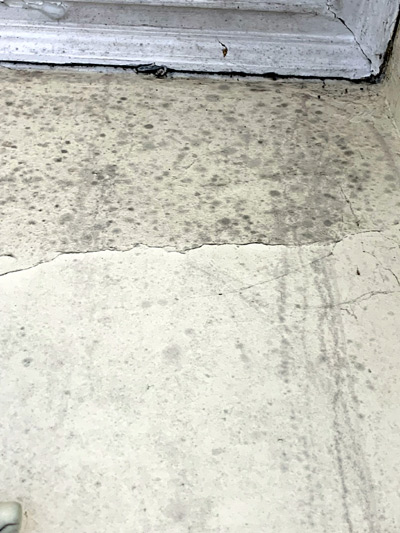 Advancements in understanding the susceptible individuals.

Research out of America (Ritchie Shoemaker, 2015) has shed light on susceptible populations, identifying 24% of people that have a known genetic susceptibility to Biotoxins. A further 5% of people develop illness after exposure to Biotoxins because of immune system failure and depletion of regulatory neuropeptides such as those associated with sleep disturbance, pain (eg MSH) and gastrointestinal problems (eg. Leaky gut - diarrhoea).

For individuals genetically susceptible to biotoxins, their bodies have an inappropriate immune stimulation that creates the illness labelled as Chronic Inflammatory Response Syndrome (CIRS). This multi-symptom, multi-system illness includes the following responses (Shoemaker, 2011) which come and go, and vary:

When to Inspect for Mould?

The visibility of mould is one bonus about dealing with mould. However it takes 65 million spores per square inch before it is visible, which is why mould can exist as 'hidden mould' in walls or HVAC ducts and/or exist at concentrations below visible.

A few scenarios should alert you to look for any mould problems in your house:

If you are researching 'dealing with mould' you may come across a variety of terms including mould testing, mould inspection and mould remediation.

In the last 15 years the mould industry has evolved thanks to the ever increasing evidence and tools becoming available. So too has the quality and knowledge foundation required to competently navigate the industry. Mould remediation is now an accredited service to an industry standard (ANSI/IICRC S520-2015), always look for a contractor certified to conduct the remediation.

Here at EP Analysis, I am a certified Mould Technician having completed the nationally accredited Mould Assessment course - BLDBIO605 Conduct a Mould Assessment - through the Australian College of Environmental Studies (RTO.2174).

In addition, I am a SA Safework licenced Asbestos Assessor and have 17 years of experience in Environmental and Contaminated Site monitoring including air, dust, soils and groundwaters.

As a Mould Technician I have been trained to undertake mould investigations which uses the following approach:

Mould Investigations allow you to define the extent of moisture issues with the building versus mould testing which gives an empirical result for the number and type of spores found in air/on a surface at a single snapshot in time. Such consideration may assist future decision making with respect to the potential risk from exposure of persons to airborne mould spores and fungal fragments and assist in the detection of hidden mould and scope of remediation.

When looking at the mould testing results it is important to be aware that:

How much does a mould inspection cost?

* We will suggest a testing plan that could be beneficial to you, the client, based on our investigations. It is then your decision to decide what is most important to your situation and what you would like collected and submitted for analysis. It is not uncommon for more samples to be suggested than submitted. We must do things in this way to avoid problems with a client figuring out they needed a sample that was NOT submitted; legal matters that need as much evidence as possible for example.

(Click) to request a quote. Appointments are available with Kellie to discuss the process in person at 26 Railway Terrace, Cummins by booking only 0439188354

In 2009 the World Health Organisation (WHO) released guidelines